Batman Movies… All of ‘em (I think)

I know, I know… you’re tired of reading about Batman. Well, bear with me for just a few minutes (you know, depending on how fast you read…). I have a good feeling about this one.

I grew up a huge fan of the Batman. Do you know what a Fathead is? Well before they actually had a brand with that name, they just had giant-ass stickers that you could put up on your wall. And I had them all over my wall. I had my mixture of Phoenix Suns team logos, basketballs, and other sports-related decorations, but the main wall was covered in symbols of the Bat, highlighted by an at least four foot tall Batman. As it turns out, my fandom was inspired by my dad (same goes for my Suns fandom) who grew up being entertained by Bruce Wayne and his alter ego and decided to pass that along to me. At different points in my life, I’ve received gifts that bear the striking logo that you see above, whether they were floor mats for my car (instantly making my high school Jetta cooler) or a belt buckle, I always enjoyed showing off my true colors, so to speak.

On the other hand, I’ve never been a big comic book fan. I didn’t read every version of the Batman comics that was created, nor do I know all of the different universes that have been created. I know OF characters like Nightwing and I did enjoy watching “Batman Beyond” on the WB in my youngin days, but there’s very little of it that I could tell you about it. I guess my biggest push was the 1966 movie Batman, starring Adam West and Burt Ward. In it, the Dynamic Duo faces four super-villains (Catwoman, Joker, Riddler, Penguin) who team up together and plan to hold the world for ransom with the help of a secret invention that instantly dehydrates people. I re-watched that VHS roughly 150 times from the time I was probably 6 until I was in my mid-teens. I’m not sure where the tape is now (not that I own a VHS player to watch it anyway) but one day I’ll pop it in again, just to enjoy the campiness once again. There’s an exploding shark, all the “Biff” and “Wham” you could possibly want from fight scenes, and of course, like the the plot summary said, a dehydrating machine that left the members of the U.N. as little piles of dust. It’s no spoiler to say that Batman somehow finds a way to save the day and in doing so he set the course of events in my life to be around whenever he would come back.
My thing about Batman/Bruce Wayne is that he’s a man. He’s an extraordinary man, but he’s just a man. Where I was never able to fully grasp superheroes (one of my best friends, for example, is a gigantic Marvel fan, specifically Spider-Man) I always gravitated towards the reality that the Batman series showed off. Everything I enjoyed about the character was based on the fact that I could do these things, you know, given that I had access to Bruce Wayne’s finances and training and everything. I could never imagine swinging from rooftop to rooftop on webbing or rampaging around as a giant green monster (Hulk, not Godzilla) but grappling hooks, utility belts, and Batmobiles were right up my alley. And that’s never changed.

And this leads me ultimately to my point about the conclusion of the most amazing version of my favorite character. The Dark Knight Rises has been received pretty well by critics and audiences, but there seems to be this hint of disappointment (and in some cases, much more than just a hint) in many of the critical voices out there. I mentioned this in our MAN, I LOVE FILMS Round-Table Review and I’ll say it again here: there was not a single second in the nearly-three hours of run time that left me feeling disappointed. I was always slightly partial to Batman Begins over The Dark Knight (a minority viewpoint) because I loved the Begins part,for lack of a better word. I loved the Bruce Wayne stuff. The pain. The growth. The failures. The reality. The “why do we fall, Bruce?” question so that it can be answered with “so we can learn to pick ourselves up” answer. And that’s why I loved Rises. It had each of those aspects again, but on a much grander scale. For me, it was the perfect bow on the greatest cinematic present I’ve been given (trilogy-wise) and it’s all thanks to Christopher Nolan.
Nolan was the best thing to happen to Batman and fans like me will forever consider him a cinematic god because of what he was able to accomplish. He turned my favorite hero (by the way, one of my biggest pet peeves is people lumping Batman in with the superheroes – he is a crime fighter, dammit!) into not only a Box Office king, but a legendary figure, creating three films that will absolutely stand the test of time. If you’re not the biggest fan of this one or maybe find Batman Begins a bit slow, that’s fine. As a whole, I would be shocked to discover a lack of appreciation for the series that has been made here. There’s even a good-sized chance that he could get an Oscar nomination out of this one and to think that a Batman film could be honored like that was unthinkable fifteen years ago when Bat Nipples and George Clooney flashing a Batman American Express card were actually in the film. And for that, again, I thank Nolan.

I mentioned earlier about the idea that I loved Batman because I could be Batman. There is a line in Rises where Batman mentions that the idea of Batman is that he can be anybody. This made me think about the shootings in Aurora, Colorado during the midnight showing of The Dark Knight Rises. The reports have shown that several of the young men who died in that theater were heroic because they threw themselves on top of their girlfriends when bullets began flying. Now, while I am certainly on the side of the fence of “the Batman films did not cause that ass-hat to go on a shooting spree” argument, I also happen to be on the side of the fence of the ‘heroes inspire” argument. I might be having my cake and eating it too (or however that statement goes) but heroism has many different masks; sometimes it looks like a fireman running into a collapsing building, sometimes it’s a billionaire saving Gotham, and sometimes it’s a mid-20s boyfriend doing whatever it takes to save someone he loves. And I tend to believe that when characters like Batman are in our lives, we can see what being a hero is like, and while it’s not always glamorous to stop the chaos, it’s always better than being the one who began it.

And I suppose that’s my point in all of this. I know that the character of Batman/Bruce Wayne is not everyone’s favorite. I actually prefer it that way. Because this trilogy, which brought about fantastic performances (Ledger, Hathaway, Caine, Oldman, etc. etc.), was highlighted for me by seeing a broken down boy, frozen in fear at the loss of his parents, become not just the hero that Gotham deserved, but actually the one that it needed. And if there’s anything specific that I took away from this heroic series, it’s the classic line from the first film, that it’s not who you are underneath, it’s what you do that defines you. And at times like this, it wouldn’t hurt if we were all a bit more like Batman. 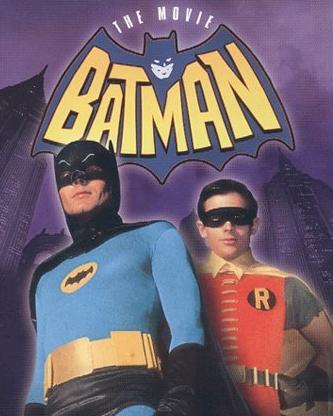 Plot: Gotham City: dark, dangerous, 'protected' only by a mostly corrupt police department. Despite the best efforts of D.A. Harvey Dent and police commissioner Jim Gordon, the city becomes increasingly unsafe...until a Dark Knight arises. We all know criminals are a superstitious, cowardly lot...so his disguise must be able to strike terror into their hearts. He becomes a bat. Enter Vicky Vale, a prize-winning photo journalist who wants to uncover the secret of the mysterious "bat-man". And enter Jack Napier, one-time enforcer for Boss Grissom, horribly disfigured after a firefight in a chemical factory...who, devoid of the last vestiges of sanity, seizes control of Gotham's underworld as the psychotic, unpredictable Clown Prince of Crime...the Joker. Gotham's only hope, it seems, lies in this dark, brooding vigilante. And just how does billionaire playboy Bruce Wayne fit into all of this?
Kliknite za proširenje...

Plot: Having defeated the Joker, Batman now faces the Penguin - a warped and deformed individual who is intent on being accepted into Gotham society. Crooked businessman Max Schreck is coerced into helping him become Mayor of Gotham and they both attempt to expose Batman in a different light. Earlier however, Selina Kyle, Max's secretary, is thrown from the top of a building and is transformed into Catwoman - a mysterious figure who has the same personality disorder as Batman. Batman must attempt to clear his name, all the time deciding just what must be done with the Catwoman.
Kliknite za proširenje...

Plot: The Dark Knight of Gotham City confronts a dastardly duo: Two-Face and the Riddler. Formerly District Attorney Harvey Dent, Two-Face incorrectly believes Batman caused the courtroom accident which left him disfigured on one side; he has unleashed a reign of terror on the good people of Gotham. Edward Nygma, computer-genius and former employee of millionaire Bruce Wayne, is out to get the philanthropist; as The Riddler he perfects a device for draining information from all the brains in Gotham, including Bruce Wayne's knowledge of his other identity. Batman/Wayne is/are the love focus of Dr. Chase Meridan. Former circus acrobat Dick Grayson, his family killed by Two-Face, becomes Wayne's ward and Batman's new partner Robin the Boy Wonder.
Kliknite za proširenje... 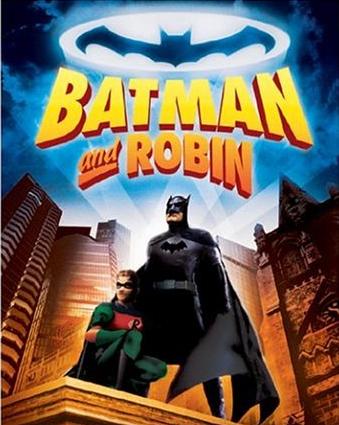 Plot: Batman and Robin are back working side-by-side to stop the villains of Gotham City, but is there tension appearing between them, especially when one villainess who calls herself Poison Ivy can make anyone fall in love with her...literally. Along with Poison Ivy, the icy Mr. Freeze is freezing anything which gets in his way from achieving his goal.
Kliknite za proširenje... 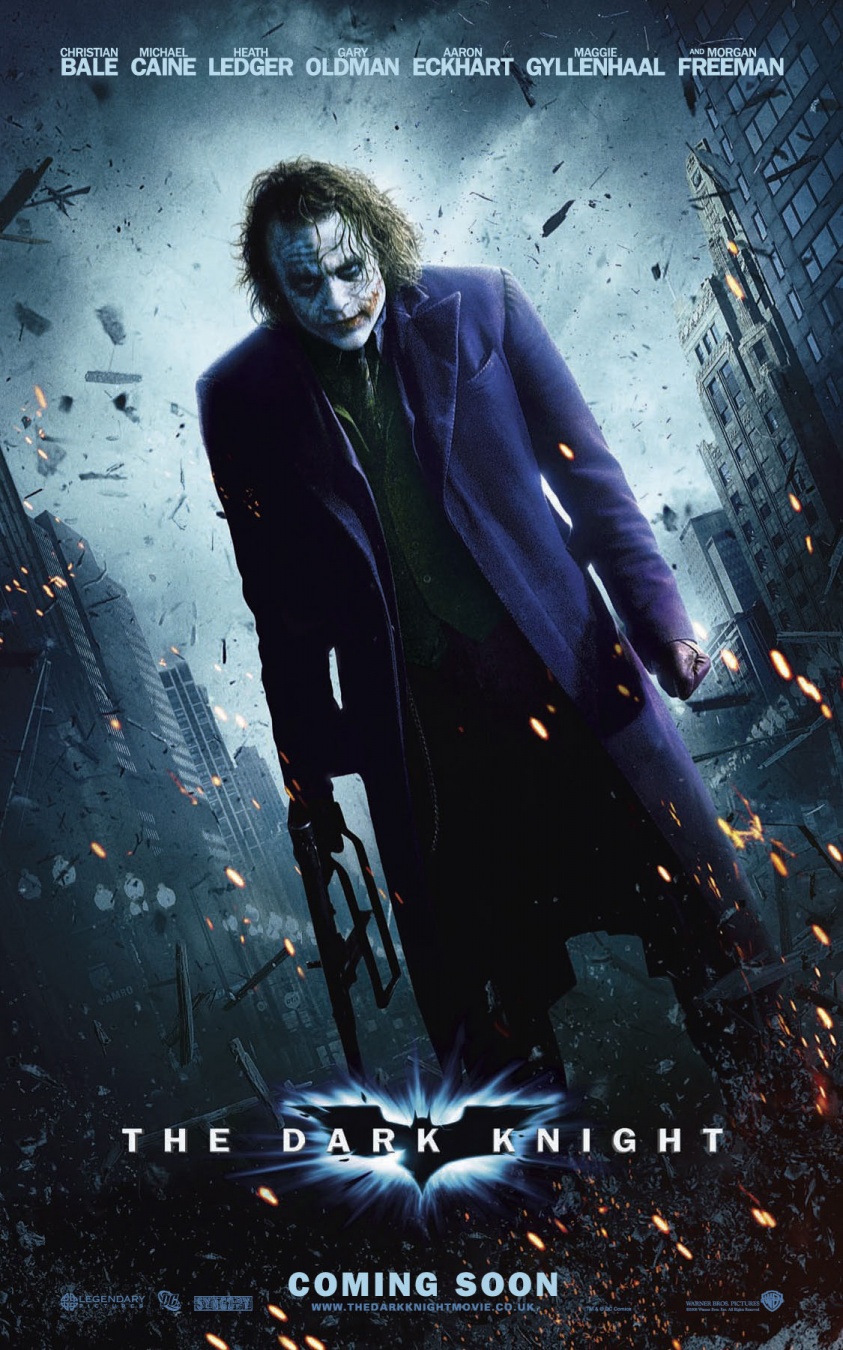 Plot: Batman raises the stakes in his war on crime. With the help of Lieutenant Jim Gordon and District Attorney Harvey Dent, Batman sets out to dismantle the remaining criminal organizations that plague the city streets. The partnership proves to be effective, but they soon find themselves prey to a reign of chaos unleashed by a rising criminal mastermind known to the terrified citizens of Gotham as The Joker.
Kliknite za proširenje...

Plot: When his parents were killed, millionaire playboy Bruce Wayne relocates to Asia when he is mentored by Henri Ducard and Ra's Al Ghul in how to fight evil. When learning about the plan to wipe out evil in Gotham City by Ducard, Bruce prevents this plan from getting any further and heads back to his home. Back in his original surroundings, Bruce adapts the image of a bat to strike fear into the criminals and the corrupt as the icon known as 'Batman'. But it doesn't stay quiet for long.
Kliknite za proširenje...