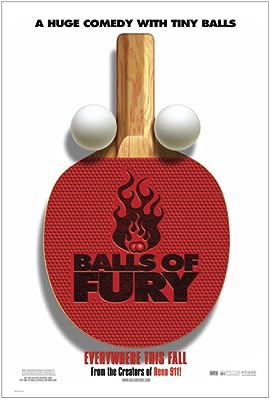 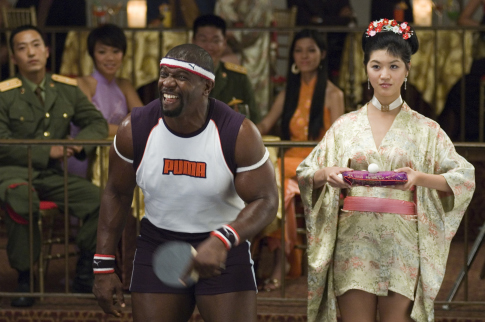 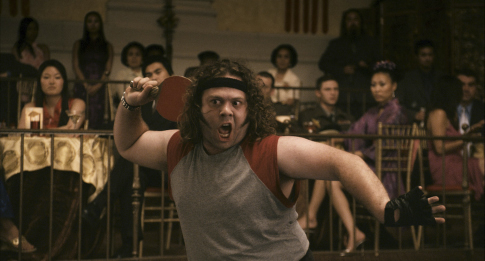 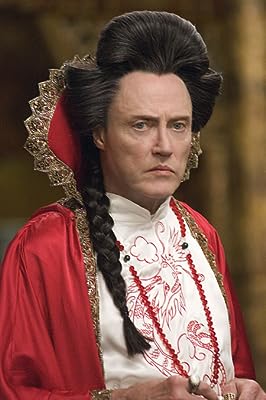 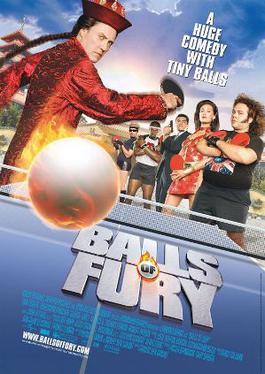 At the 1988 Olympic table tennis finals, twelve-year old Randy Daytona is the American contender. His anxiety increases when his father says that he bet on him, despite his original promise not to. His opponent is Karl Wolfschtagg from the German Democratic Republic. During the intense first play, Daytona runs back too far and hits his head on the table. This loss, combined with the fact his father, who bet on his son to win, was killed by Triad agents of the criminal Feng, causes Daytona to leave competitive ping pong in disgrace.
Nineteen years later, Daytona is working at the Peppermill Casino in Reno, Nevada, doing table tennis routines. After being evicted from the casino, Daytona meets FBI agent Ernie Rodriguez, who requests his assistance in taking down Feng. After Daytona agrees, Rodriguez informs him that he needs to win some championships in order to be noticed by Feng's scouts. After losing at a local tournament, Daytona is brought to a Chinatown noodle shop to be apprenticed under a blind man named Wong, who was Feng's former mentor, and who recognizes Daytona's talent. Daytona also meets Wong's niece, Maggie. When Chinatown locals vandalize Master Wong's house for violating their edict against teaching white people ping pong, Daytona is forced to play against "The Dragon", a young girl, in exchange for Wong's right to remain in Chinatown. After Daytona beats the Dragon, Feng's men take notice of his win and bring Daytona, Rodriguez and Wong to Feng's facillity.
Daytona handily beats his first opponent Freddy "Fingers" Wilson, though he is unnerved to learn the "sudden death" format of the tournament means that the loser is executed with a poisoned dart delivered by Feng's major domo, Mahogany. After Daytona attempts unsuccessfully to escape, Feng invites him to join his side, and reveals that he only finished half of Wong's training. He says it would be the ultimate satisfaction to win Daytona away from Wong. Feng also shows Daytona his specially-modified ping-pong table. It is wired to special vests that give increasingly powerful (and ultimately fatal) electrical shocks for failure. Daytona informs Rodriguez of a hidden cache of illegal guns that are sufficient to put Feng in prison. While Rodriguez investigates the hidden facilities, Daytona defeats numerous opponents for his very life.
Upon learning that Wolfschtagg is his last opponent, Daytona tells Rodriguez that he wants to get out as the FBI has not yet responded to Rodriguez's homing beacon. He agrees. However, when Rodriguez hides out in a bathroom, Daytona visits him in the bathroom to let him know of his desire to play against Wolfschtagg. However, he surprises Rodriquez, who breaks Daytona's arm, thinking he was one of Feng's guards. Feng discovers Rodriguez's attempts to contact the FBI and forces Daytona to face Wolfschtagg, with a broken arm. Feng decides to have the abducted Maggie Wong take Wolfschtagg's place, killing Wolfschtagg when he protests. Daytona plays one-handed and tries to stall for time. Maggie tries to lose on purpose in order to sacrifice herself to save Daytona. However, Daytona uses his ping-pong expertise to hit Maggie with the ball, and she unsuccessfully tries to dodge Daytona's hits. While this goes on, they both decide to try and escape together. Feng, upset by this, orders them both slain. Mahogany shoots a poisonous dart at Daytona, but Maggie successfully defends him with the ping-pong paddle. Daytona then throws the paddle with the dart stuck in it at Mahogany, killing her. The FBI swarms the place, during which the heroes attempt to escape, but after Daytona tries unsuccessfully to lead Feng's sex slaves to safety, everyone is captured. Feng decides to play Daytona in order to determine which of Wong's students is the superior ping pong player.
During the game, as the facility's self destruct sequence is activated, and Feng reveals that he forgot to add an off switch to the destruct mechanism. He also states that he changed the rules so that the ball can now be bounced off any surface once and still be in play. The self-destruct sequence countdown progresses, the game moves through several buildings and finally onto a bridge over a nearby river. After Wong informs Daytona that Feng has a weak backhand, Feng is defeated and perishes. Daytona and his friends, along with Feng's slaves, all escape in Wong's boat.
Two months later, all of the major characters are reunited for the reopening of Master Wong's rebuilt Mushu shop.
Kliknite za proširenje...