Baby on Board (2009) LIMITED DVDRiP XviD-DVSKY On the day Angela gets the green light to develop a major ad campaign for a perfume for pregnant women, she finds she's unexpectedly pregnant and wrongly believes her husband, Curtis, is having an affair. Curtis, a high-priced divorce lawyer, wrongly assumes he's not the father and that Angela's having an affair. Both get bad advice -- she from her mother, he from his recently-separated law partner - to give the other the silent treatment: so each is miserable. At work, Angela keeps her pregnancy secret from her tough female boss, and Curtis is put in situations demanding amoral legal casuistry. Will either smarten up in time for the baby's arrival? And what about the perfume? 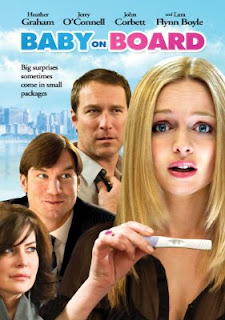