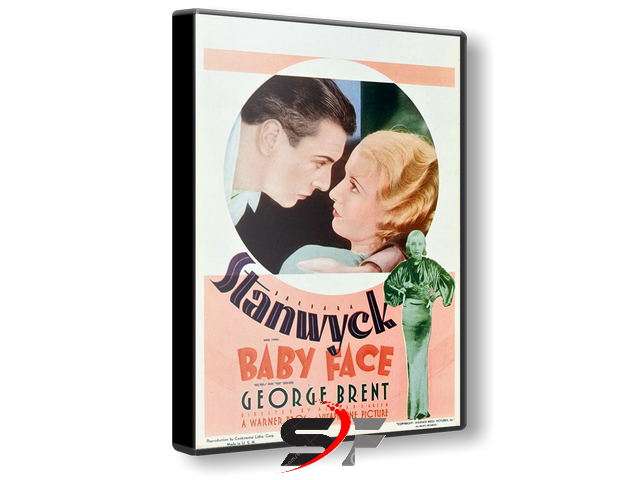 Baby Face is a 1933 American drama film directed by Alfred E. Green for Warner Brothers, starring Barbara Stanwyck as Lily Powers, and featuring George Brent. Based on a story by Darryl F. Zanuck (under the pseudonym Mark Canfield), Baby Face is about an attractive young woman who uses sex to advance her social and financial status. Twenty-five-year-old John Wayne plays a supporting role as one of Powers' lovers.
Marketed with the salacious tagline "She had it and made it pay", the film's open discussion of sex made it one of the most notorious films of the Pre-Code Hollywood era and helped bring the era to a close. Mark A. Vieira, author of Sin in Soft Focus: Pre-Code Hollywood  has said, "Baby Face was certainly one of the top 10 films that caused the Production Code to be enforced."

Lily Powers works for her father Nick in a speakeasy in Erie, Pennsylvania during Prohibition. Since the age of 14, her father has had her sleep with many of his customers. The only man she trusts is Cragg, a cobbler who admires Friedrich Nietzsche and advises her to aspire to greater things. Lily's father is killed when his still explodes. Cragg tells Lily to move to a big city and use her power over men. She and her African-American co-worker and best friend Chico hop a freight train to New York City, but are discovered by a railroad worker who threatens to have them thrown in jail. As she unbuttons her blouse she says, "Wait ... can't we talk this over?" It is strongly implied that she has sex with him to change his mind.
In New York, Lily goes inside the Gotham Trust building. She seduces the personnel worker to land a job. Her subsequent rise through the building symbolizes her progress in sleeping her way to the top.
In the filing department, Lily begins an affair with Jimmy McCoy Jr., who recommends her for promotion to his boss, Brody. She seduces Brody and is transferred to the mortgage department. Brody and Lily are caught in flagrante delicto by a rising young executive, Ned Stevens. Brody is fired, but Lily claims Brody forced himself on her. Ned believes her and gives her a position in his accounting department.
Although Ned is engaged to Ann Carter, the daughter of First Vice President J.P. Carter, Lily quickly seduces him. When Ann calls to say she will be visiting, Lily arranges to have Ann see her embracing Ned. Ann runs crying to her father, who tells Ned to fire Lily. He refuses, so J.P. calls Lily to his office to fire her himself. Lily claims she had no idea Ned was engaged and that he was her first boyfriend. She seduces J.P., and he installs her in a lavish apartment, with Chico as her maid. Ned tracks her down on Christmas Day, but she spurns him. He later returns to her apartment to ask her to marry him, but finds J.P. there. He shoots and kills J.P., then himself.
Courtland Trenholm, the grandson of Gotham Trust's founder (and a notorious playboy), is elected bank president to handle the resulting scandal. The board of directors, learning that Lily has agreed to sell her diary to the press for $10,000, summons her to a meeting. She tells them she is a victim of circumstance who merely wants to make an honest living. The board offers her $15,000 to withhold her diary, but Courtland, seeing through her and using her claim that she simply wants to restart her life, instead offers her a position at the bank's Paris office. She reluctantly accepts. She also changes her name.
When Courtland travels to Paris on business, he is surprised and impressed to find Lily not only still working there, but promoted to head of the travel bureau. He soon falls under her spell and marries her. Unlike her previous conquests, Courtland knows what she is, but admires her spirit nonetheless. While on their honeymoon, he is called back to New York. The bank has failed due to mismanagement, which the board unfairly pins on Courtland. He is indicted, and tells Lily he must raise a million dollars to finance his defense. He asks her to cash in the bonds, stocks and other valuables he gave her, but she refuses and books passage back to Paris.
While waiting for the ship to leave, she changes her mind and rushes back to their apartment. When she arrives, she discovers Courtland has shot himself. She tearfully professes her love for him. On the way to the hospital, the ambulance attendant assures her that he has a good chance. Lily accidentally drops her jewelry case, spilling money and jewels on the floor. When the attendant points this out, she tearfully tells him they do not matter anymore. Courtland opens his eyes, sees Lily, and smiles at her. 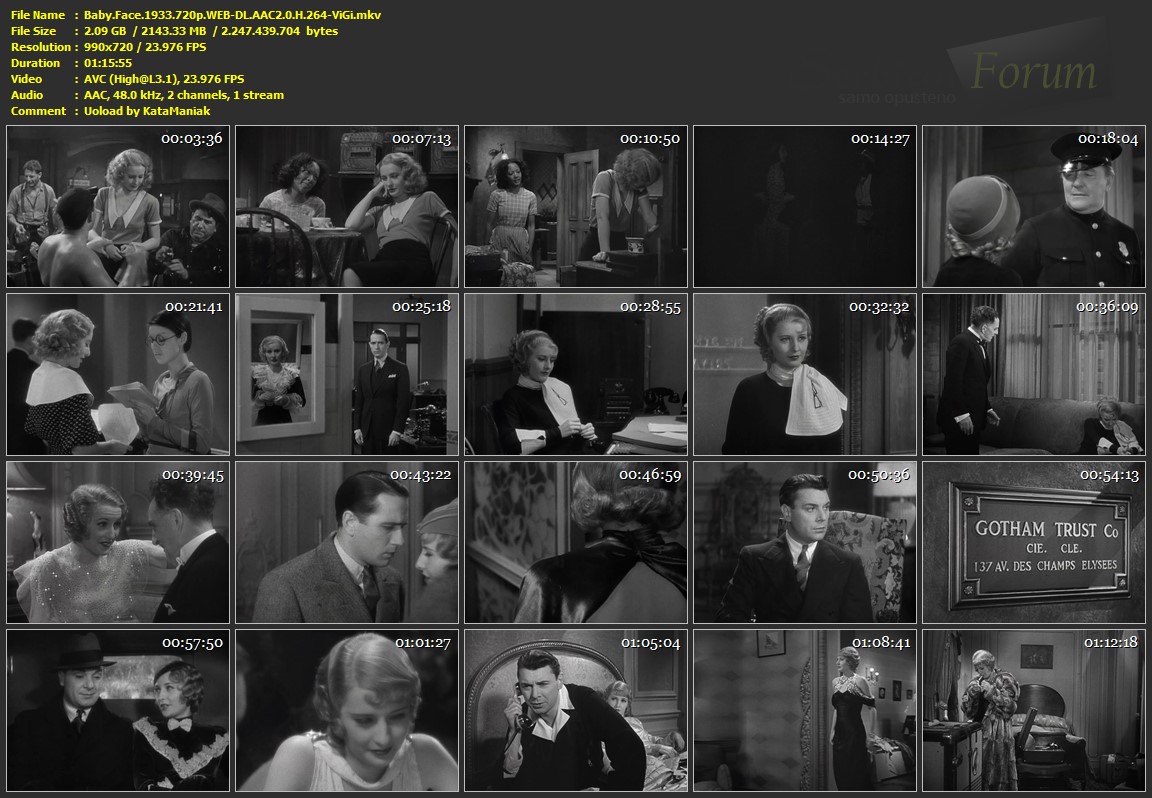