Ash and Ambition by Ari Marmell 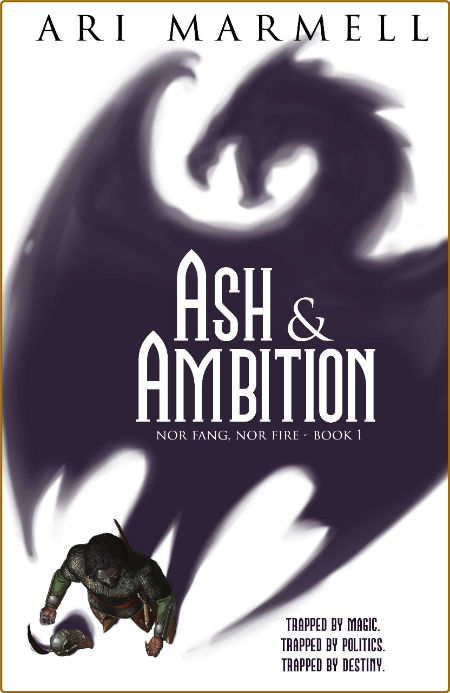 Trapped by Magic
Stuck in the form of the knight who supposedly slew him, the dragon Tzavalantsaval is forced to live as a man. Surrounded by humanity his only ally is a loathsome goblin steward.