Directed by Francis Ford Coppola. With Martin Sheen, Marlon Brando, Robert Duvall, Frederic Forrest. A U.S. Army officer serving in Vietnam is tasked with assassinating a renegade Special Forces Colonel who sees himself as a god.

It is the height of the war in Vietnam, and U.S. Army Captain Willard is sent by Colonel Lucas and a General to carry out a mission that, officially, 'does not exist - nor will it ever exist'. The mission: To seek out a mysterious Green Beret Colonel, Walter Kurtz, whose army has crossed the border into Cambodia and is conducting hit-and-run missions against the Viet Cong and NVA. The army believes Kurtz has gone completely insane and Willard's job is to eliminate him! Willard, sent up the Nung River on a U.S. Navy patrol boat, discovers that his target is one of the most decorated officers in the U.S. Army. His crew meets up with surfer-type Lt-Colonel Kilgore, head of a U.S Army helicopter cavalry group which eliminates a Viet Cong outpost to provide an entry point into the Nung River. After some hair-raising encounters, in which some of his crew are killed, Willard, Lance and Chef reach Colonel Kurtz's outpost, beyond the Do Lung Bridge. Now, after becoming prisoners of Kurtz, will... 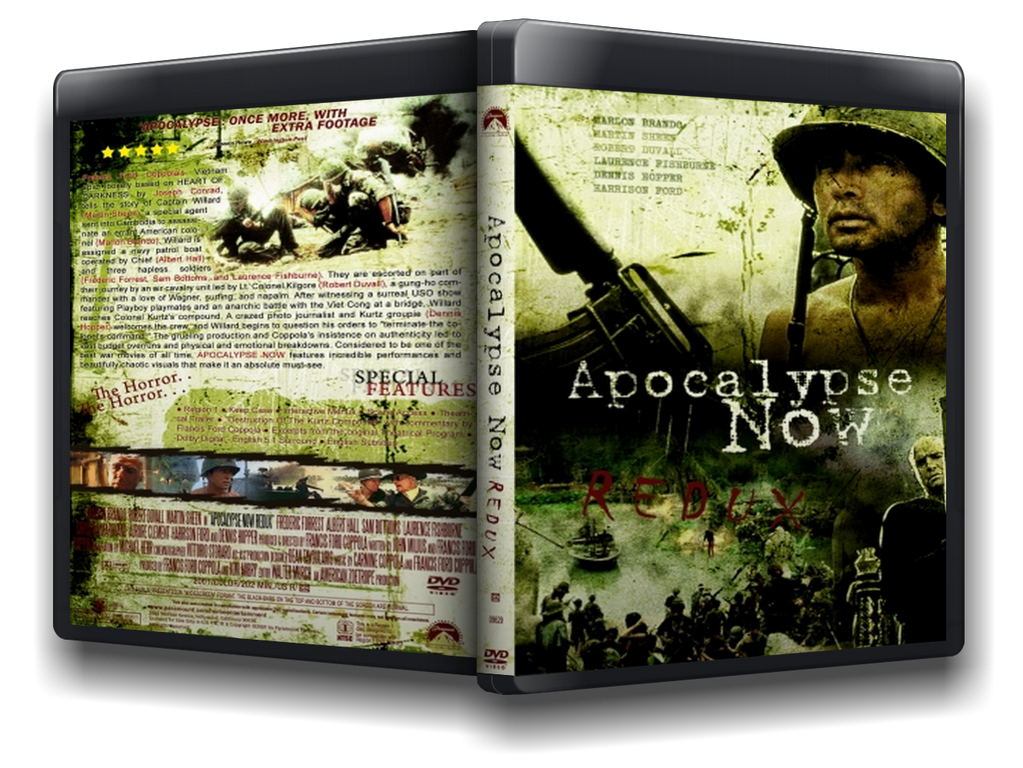