A Basket of Deplorables: What I Saw Inside the Clinton White House 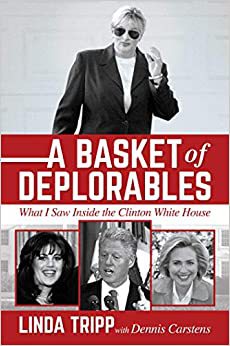 
A compelling insider's look at a political marriage that tore apart the nation and almost destroyed a presidency-from the woman who saw it all happen.

In this brilliantly written behind-the-scenes account, Linda Tripp along with her co-author, Dennis Carstens, shares her side of the Clinton White House sex scandals for the first time-detailing the behavior of two very flawed people who fooled a nation: Bill Clinton, a sexual predator, and his wife, Hillary, who was his primary enabler. In this exposé, Tripp outlines what the public was not allowed to see: the lengths Clintons' protectors would go to lie, deceive, and coverup for them; some of the many women Bill Clinton used his position, privilege, and power as president to sexually abuse; how the former president got away with it thanks to his morally bankrupt, unscrupulous wife and cabal of protectors; and finally, the role party politics played when he was called to task and was almost the first president to be removed from office for perjury and corruption.