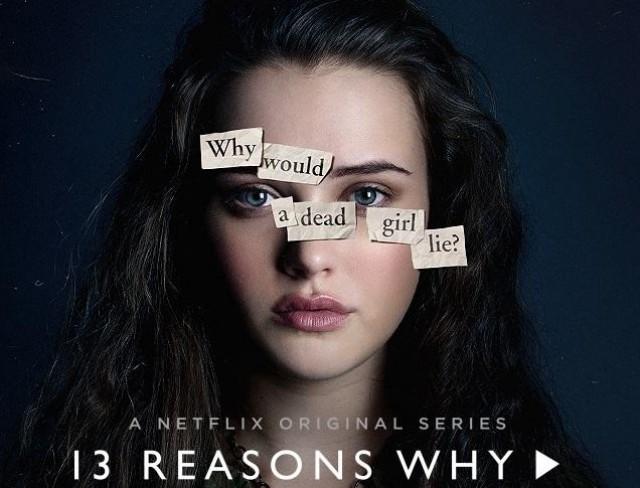 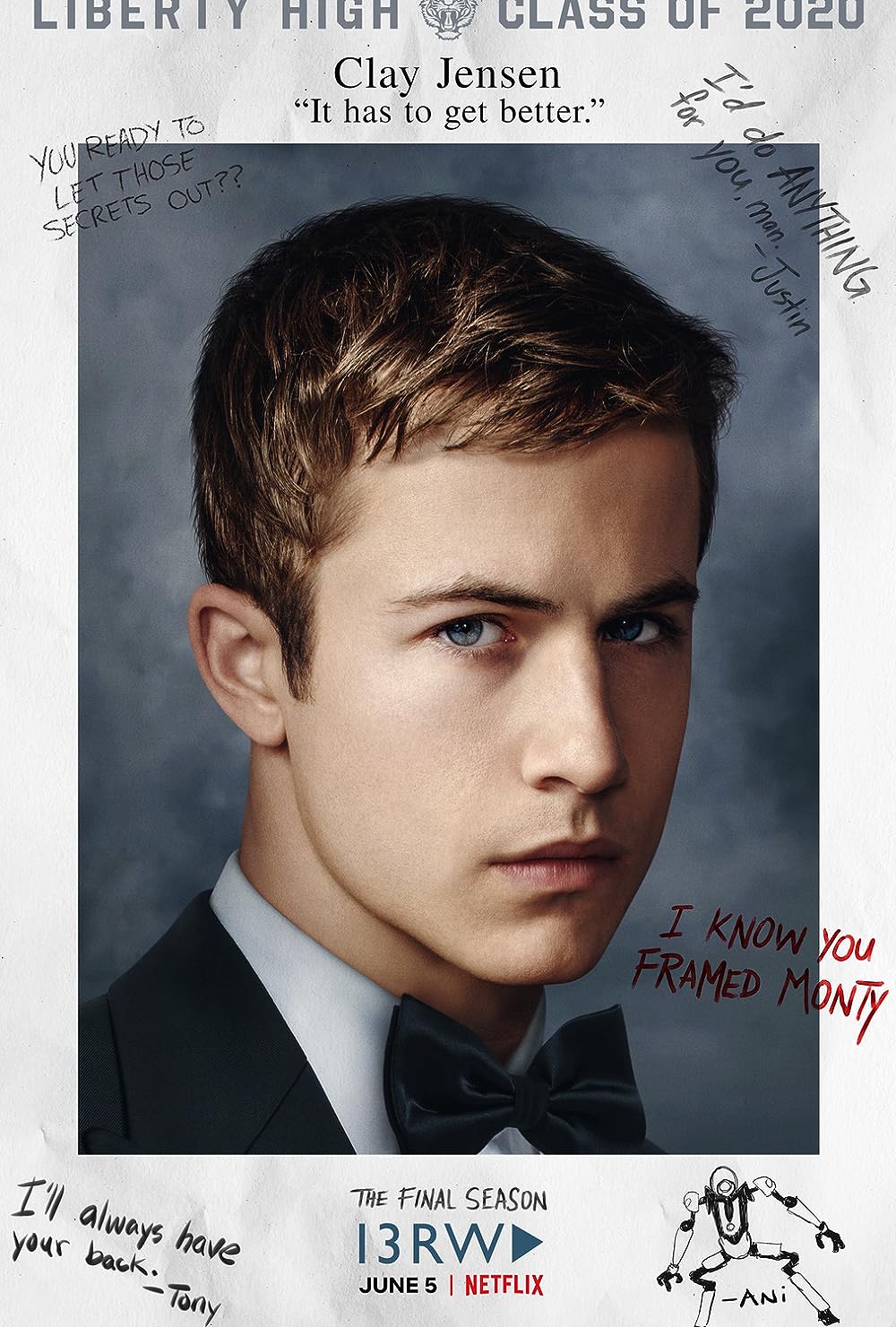 Tote Mädchen lügen nicht: Created by Brian Yorkey. With Dylan Minnette, Christian Navarro, Alisha Boe, Brandon Flynn. Follows teenager Clay Jensen, in his quest to uncover the story behind his classmate and crush, Hannah, and her decision to end her life.

Thirteen Reasons Why, based on the best-selling books by Jay Asher, follows teenager Clay Jensen (Dylan Minnette) as he returns home from school to find a mysterious box with his name on it lying on his porch. Inside he discovers a group of cassette tapes recorded by Hannah Baker (Katherine Langford) -his classmate and crush-who tragically committed suicide two weeks earlier. On tape, Hannah unfolds an emotional audio diary, detailing the thirteen reasons why she decided to end her life. Through Hannah and Clay's dual narratives, Thirteen Reasons Why weaves an intricate and heartrending story of confusion and desperation that will deeply affect viewers.

Thirteen Reasons Why (stylized as TH1RTEEN R3ASONS WHY) is a 2007 young adult novel written by Jay Asher. The book was published by RazorBill, a young adult imprint ofPenguin Books. The paperback edition hit #1 on the New York Times best-seller list in July 2011. The book is the basis of the television series 13 Reasons Why, released throughNetflix on March 31, 2017.


Clay Jensen, a shy high school student, returns home from school one day to find that he has received a mysterious package in the mail. It contains thirteen cassette tapes recorded by Hannah Baker, a classmate who recently committed suicide. The tapes were sent to various other people before arriving at Clay's door.

The first person to receive the tapes was Justin. They kissed once, after she developed a crush on him. However, Justin told his friends that they did more than just kiss, which earned Hannah the reputation of a "slut" at school. The second person to receive them was Alex. Alex violated their friendship when he published a "hot or not" list comparing the girls in their class. He awarded Hannah the title of Best Ass, which only reinforced her reputation as a "slut". He also awarded his ex-girlfriend Jessica the title of Worst Ass, in revenge for her breaking up with him. The third person was Jessica. After being compared to Hannah on the "hot or not" list, Jessica slapped Hannah and ended their friendship. The slap left a scar on Hannah's forehead.

The fourth person was Tyler, a classmate who worked as a photographer for the yearbook. After suspecting that Tyler was taking pictures of her through her bedroom window, Hannah enlisted their classmate Courtney to help her catch Tyler in the act. The fifth person was Courtney, who spreads a rumor regarding the sexual massages they gave each other in Hannah's bedroom, which further reinforces Hannah's "slut" reputation. The sixth person was Marcus, who believed the rumors about Hannah and tried to take advantage of her as a result. The seventh person was Zach, who tried to comfort Hannah after Marcus ditches her, though he was acting on a dare. After Hannah does not respond, he takes notes of encouragement from her as revenge.

The eighth person is Ryan. After gaining her trust, Ryan stole a poem written by Hannah in which she detailed her personal problems. He published the poem anonymously in the school newspaper, but some of their classmates realized Hannah wrote it and mocked her. Hannah blamed Ryan for making her feel like even her thoughts are not safe from scrutiny.

The ninth person to receive the tapes was Clay. Hannah apologizes for including Clay, as he did not make her suicidal like the rest. She admits that Clay was the nicest person she ever met and that she wishes they had had more time to get to know each other. Clay, while at a party, connected with Hannah and later made out with her. Hannah, after being reminded of Justin while kissing Clay, asks Clay to leave the room. Clay does, and afterward she cries. While listening to the tapes, Clay walks around town and visits the various places mentioned by Hannah.

The tenth tape is Justin. After Clay leaves, Hannah hides in the closet and witnesses a unnamed classmate being raped. Justin knew about the rape and let it happen. The eleventh tape will be Jenny, a cheerleader who offered Hannah a ride home from the house party. She hit a stop sign while driving and did not tell the police, leading to a car accident which killed one of their classmates. The twelfth person should be Bryce, who sexually assaulted Hannah. The thirteenth will be Mr. Porter, the school counselor. Hannah secretly recorded a conversation they had, in which she expressed a desire to kill herself. Overwhelmed, Mr. Porter simply told Hannah that if she was unwilling to press charges against Bryce, she should just try to move on.

Clay returns to school and runs into his classmate Skye, whom he has suspected of being suicidal. The novel ends with Clay reaching out to Skye.